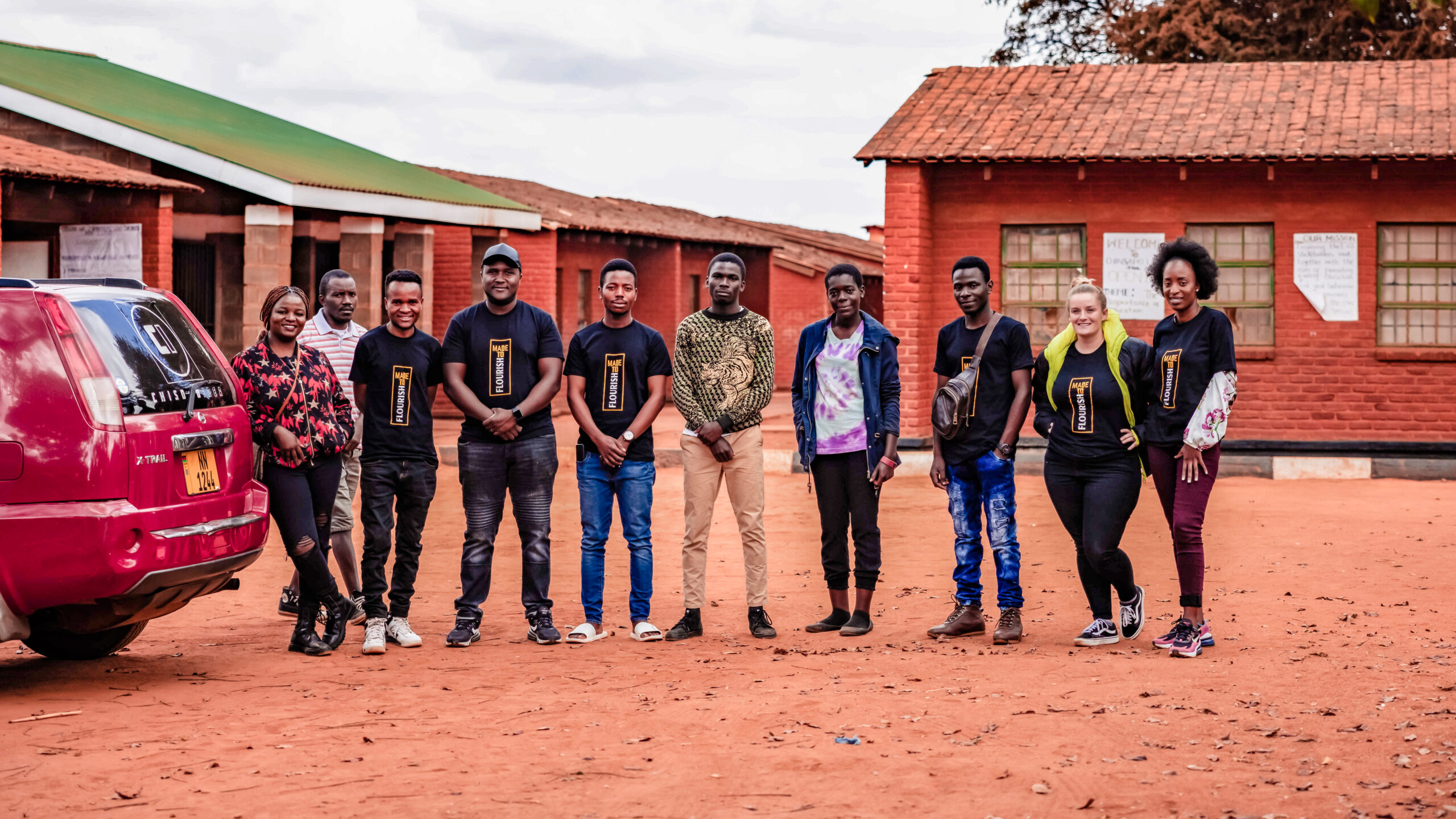 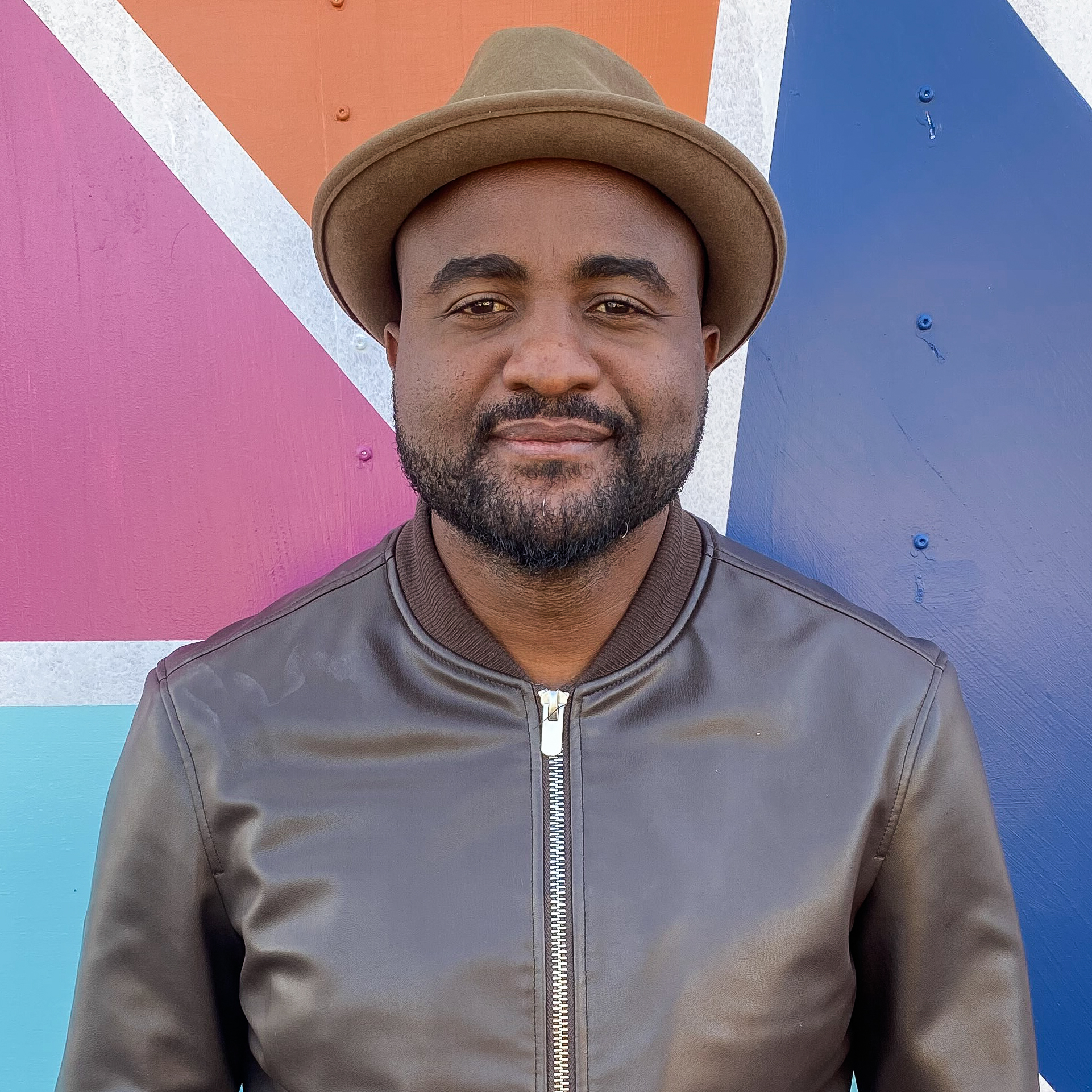 Noel Musicha is a former football player having played for CIVO United in Malawi, earning a call up to the Malawian National Team. He moved to the United States in 2002 where he earned his first degree in Theology and Communication and a Masters in Public Administration.

Noel is also a preacher and a church planter with Ebenezer Church San Diego where he co-leads a congregation that serves among the under-resourced. He is also the President of the Linda Vista Town Council, in the community that his church serves.

Noel’s passion for leadership development has led him to speak at Global and National Conferences as well as run multiple workshops in the area of leadership and community development.

Noel is married to Melissa Musicha and together they have 3 kids, Zarra, Theo, and Israel. 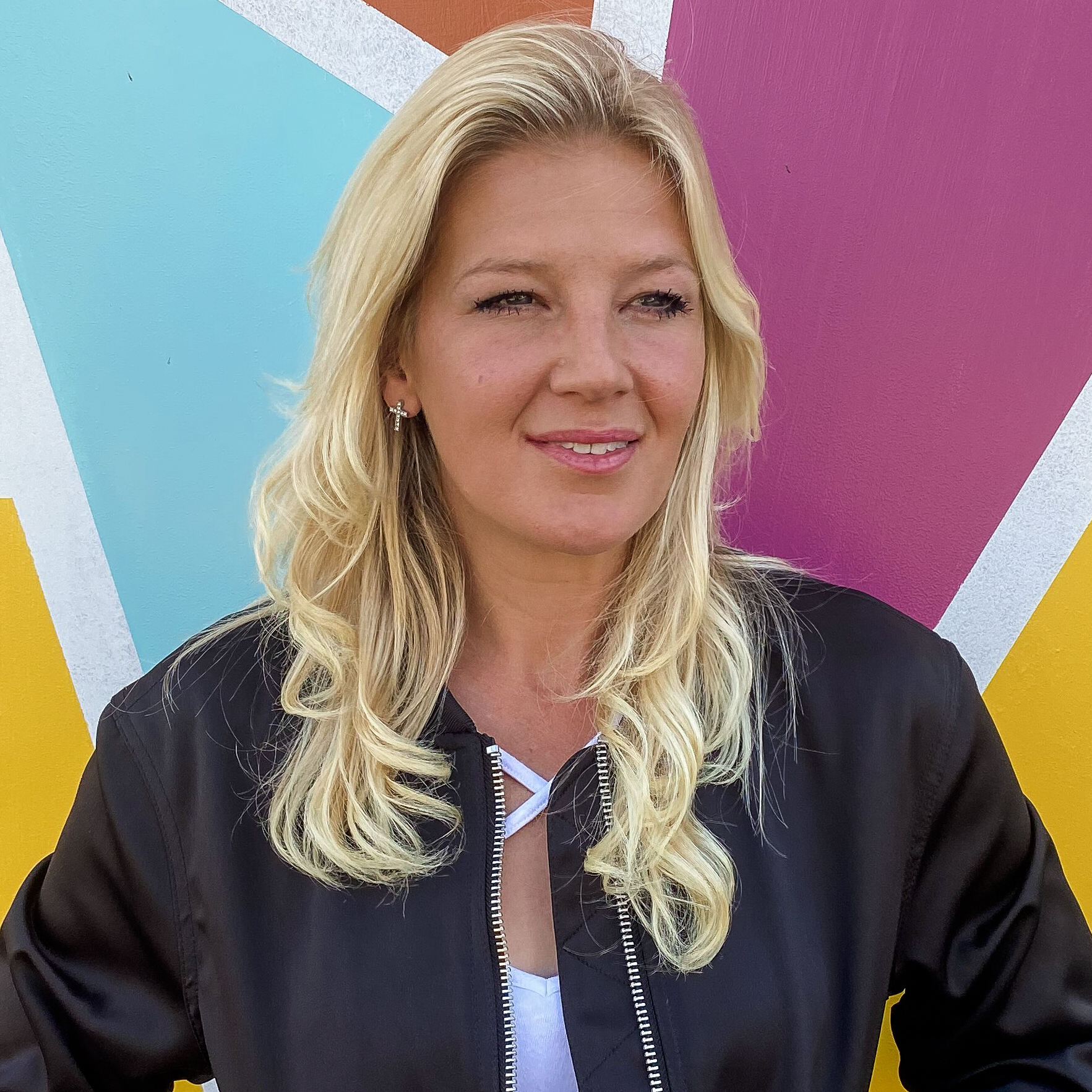 Melissa was raised in Phoenix, Arizona. Growing up playing soccer she earned a scholarship to play for San Diego Christian College as a scholar athlete. Melissa graduated from SDCC with a B.A. in Business and Biblical Studies with an emphasis in Missions.After Graduating she went on to play for SD SeaLions Semi-Pro Women’s soccer team.

Melissa and Noel met at SDCC through a shared passion of desiring to use soccer for international impact & humanitarian development. Melissa loves serving alongside her husband and as Co-Founder of The Chisomo Idea, Inc. Melissa and her husband Noel have 3 kids – Zarra, Theo and Israel. 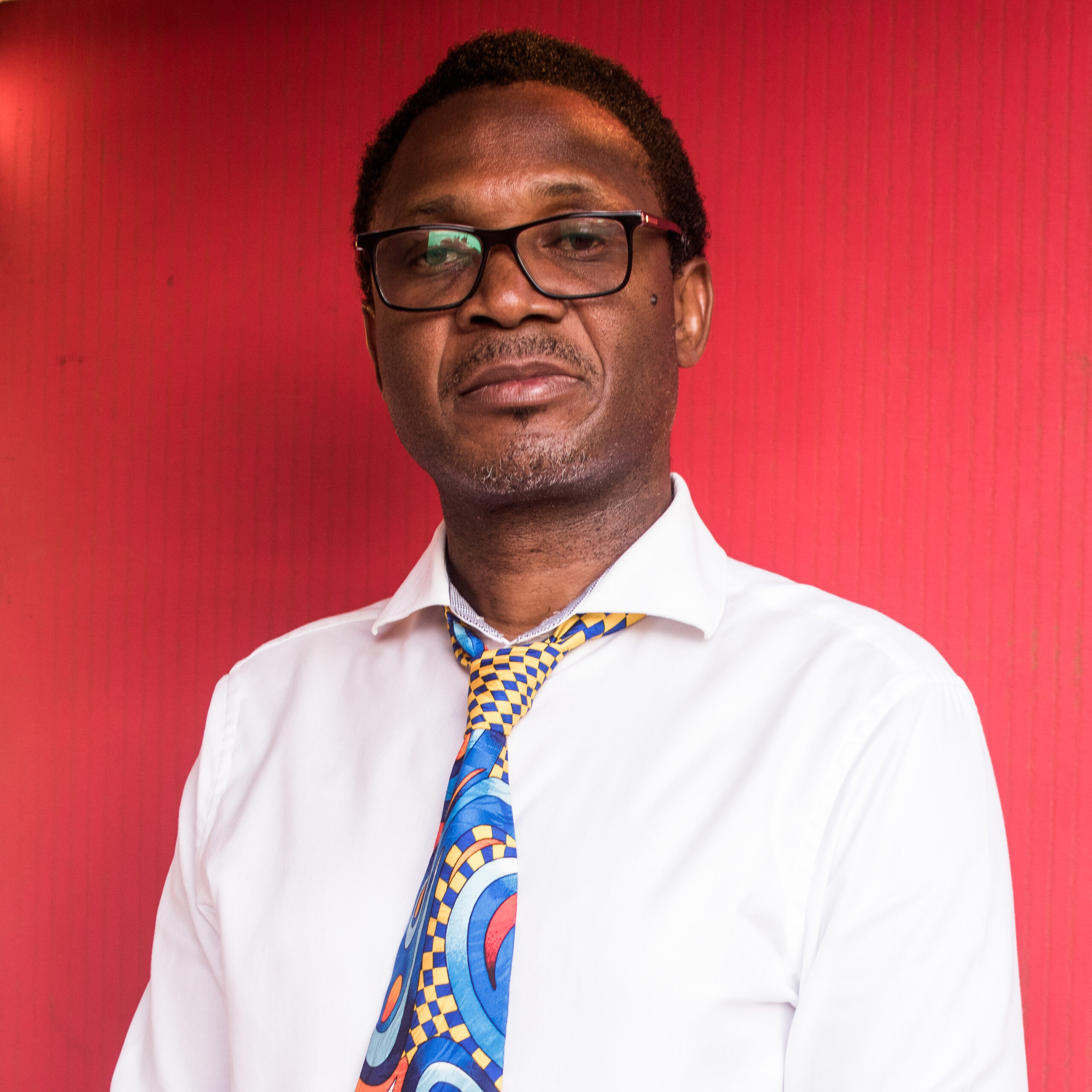 George is Malawian and the firstborn in a family of eight. He received his education in Malawi and graduated with a Bachelors of Art Degree with an emphasis in Communication. He is married to a beautiful wife, Rejoice Phiri

Currently, he volunteers in Malawi at Chisomo Idea as Executive Director. He also serves at Flood Church as an Administrator/Finance Officer. He is a person who feels better when he sees underprivileged people doing better in their lives especially when he contributed to their success. He is a DEVELOPER and his passion is to help to narrow the gap that exists between the rich and poor in Malawi. That is why he has invested his time and resources in Chisomo Idea.

In his free time, he also plays basketball, football, volleyball, and chess. He has also worked as a Radio Presenter/Producer for over five years (and still does when he has free time). 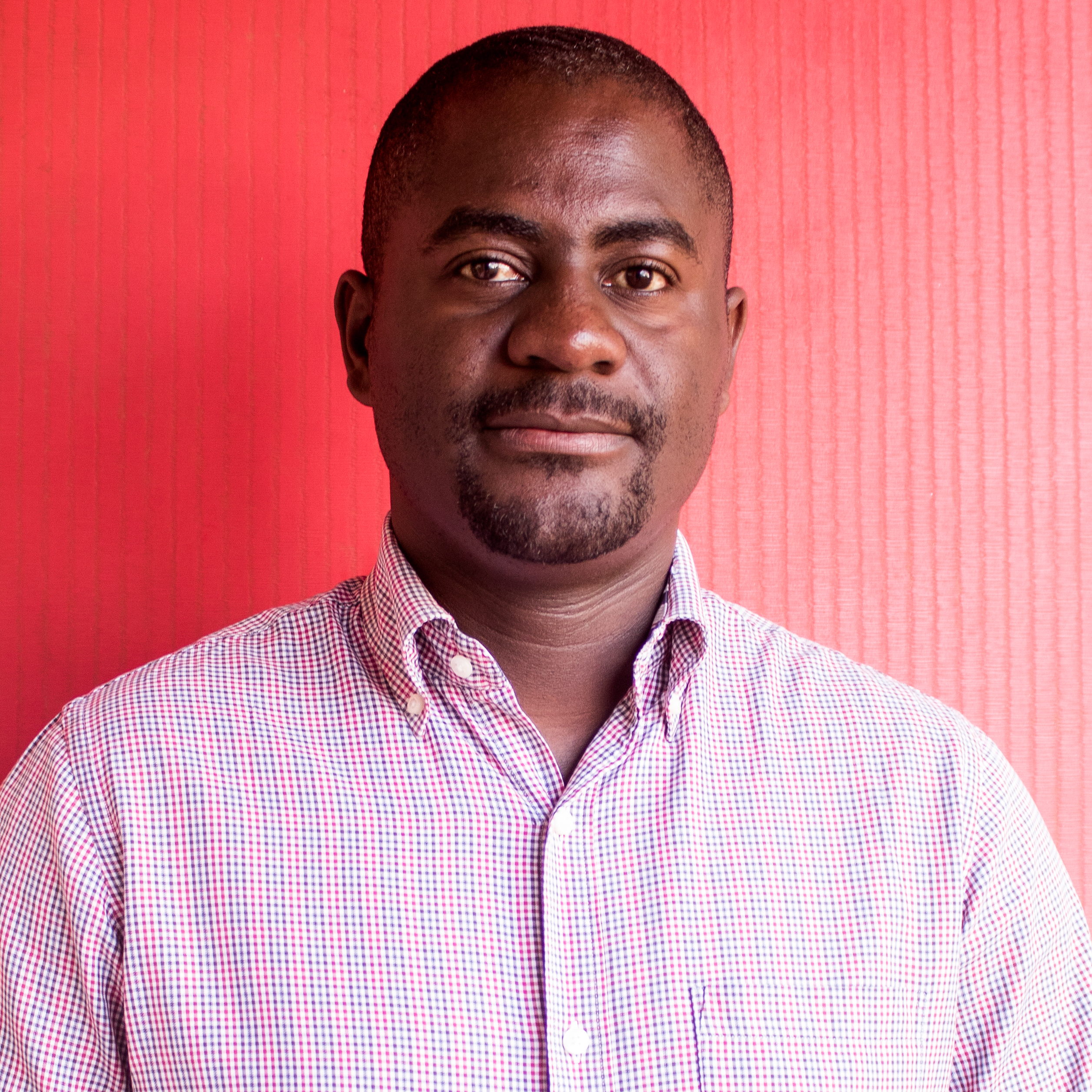 Maya Musicha is a founding member of The Chisomo Idea. He has held various positions within the organization, helping start and direct different programs from concept to completion. He currently serves on the Chisomo board as an officer.

Maya graduated from Blantyre International University with a Bachelor of Science in Business Administration. He currently works in HR at the Government offices. Maya is recently married to his sweetheart Pempho Musicha. 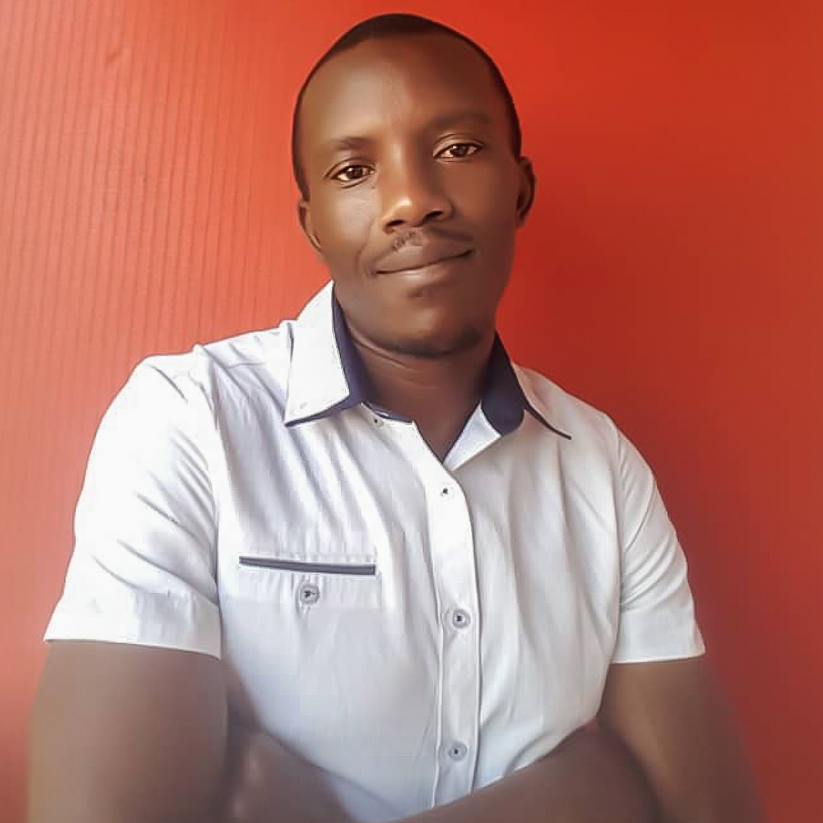 Clement Masangano was born in Lilongwe, Malawi and graduated from Bunda College of Agriculture with a degree in Natural Resources Management. He is currently pursuing a Law degree by correspondence with the London University in the UK.

In his free time Kile likes to play basketball and practice Kung-fu. Clement currently serves Chisomo as an officer on the Board of Directors. 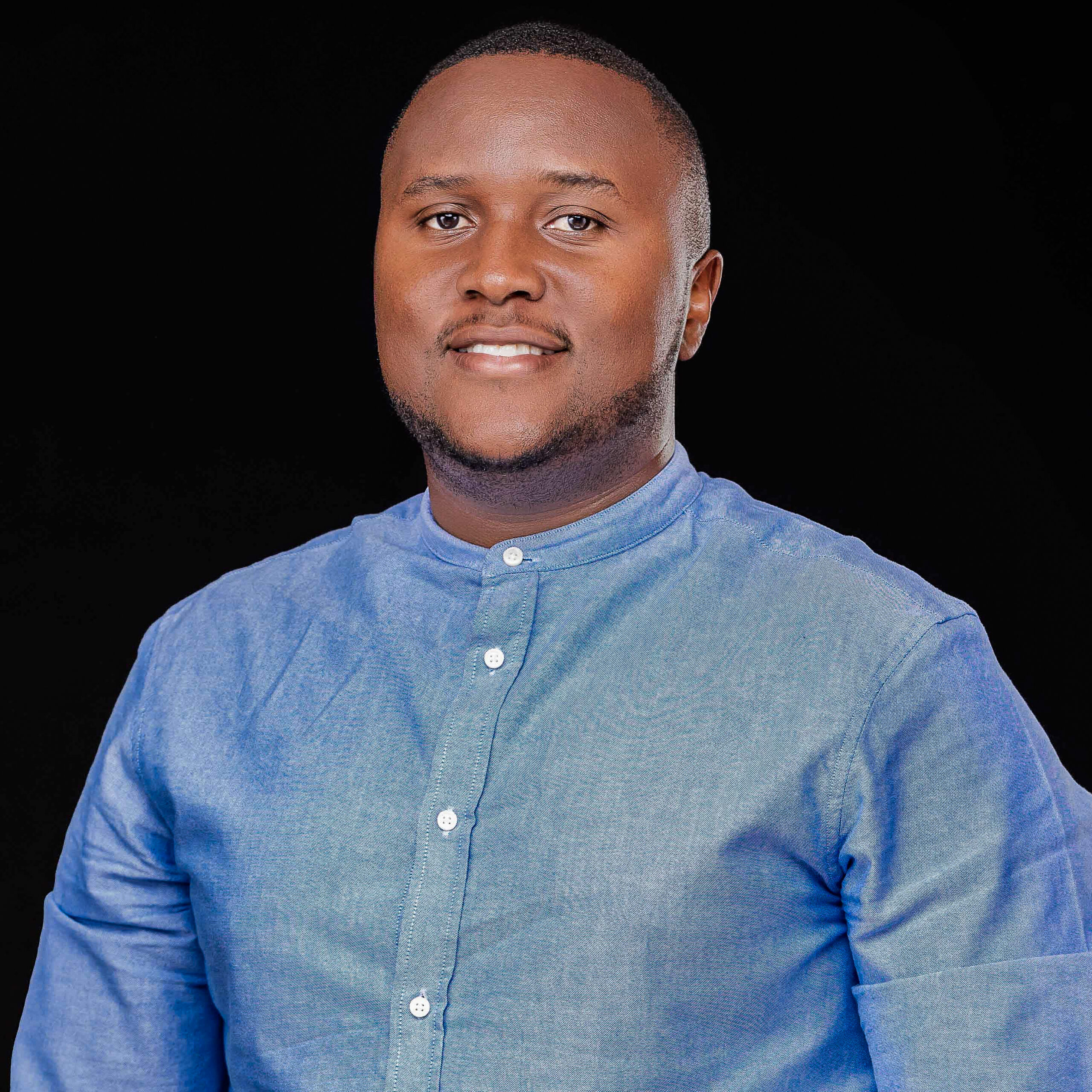 Vanwyk Maseko has been working with Chisomo idea as the project/community coordinator since 2017 but has been part of the Chisomo Idea family since 2013. VanWyk has grown up in Lilongwe, Malawi where he studied Business Administration at Exploits University, he’s currently pursuing his Masters Degree in the same field.

He loves working for Chisomo Idea because of the relationships that he has built with the people in the Chinsapo community. His main responsibilities include the running of our weekly street school and outreach programs, amongst other projects. In his personal time he enjoys serving the church. 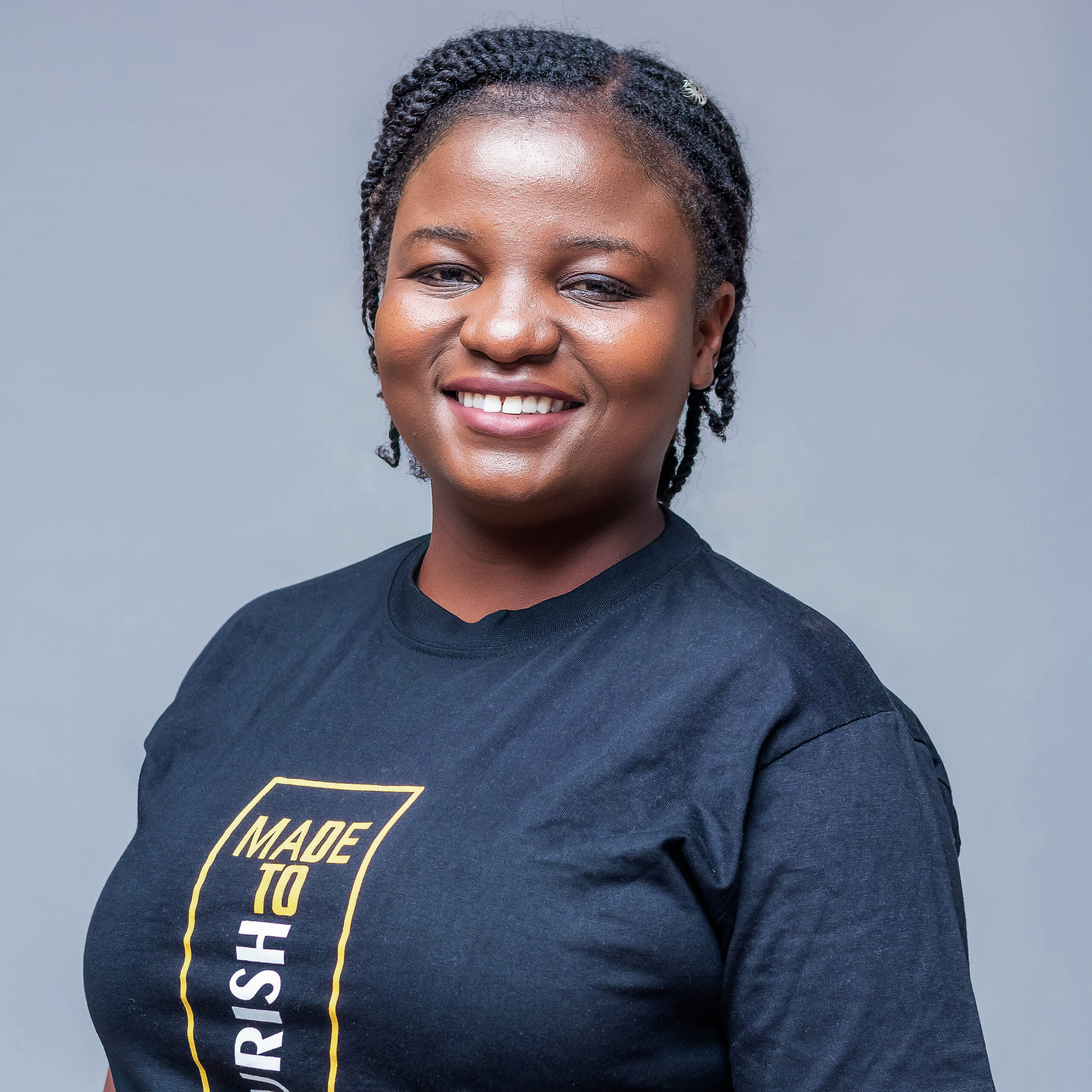 Sellah Singini has been part of Chisomo Idea as a Finance administrator since 2014. She’s a holder of a Bachelor’s degree in Applied accounting majoring in Auditing and Information Systems from Malawi college of Accountancy. She’s currently studying at ACCA to become a certified/qualified public accountant.

However, she’s so passionate about serving in at risk communities that has seen her volunteer at the Chisomo idea in weekly girls mentorship, women empowerment programs and also heads the technical skills initiative that has seen equipping young women and the youths with skills in tailoring, carpentry and baking that brings about micro economic changes in their lives and the community in general. She’s a book reader and loves watching soccer. 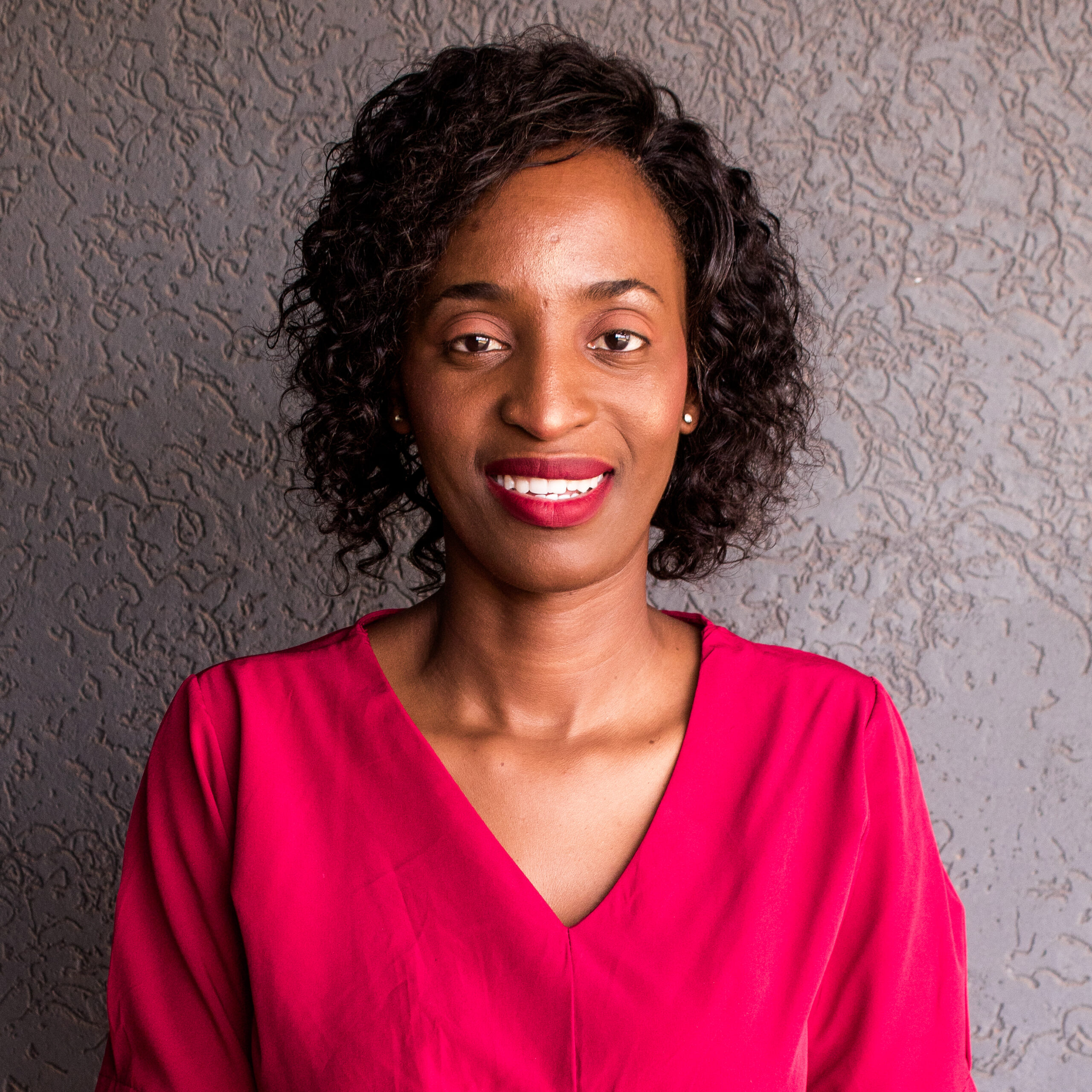 Twande Mwangonde joined Chisomo Idea in 2014 at the Mzuzu location. Currently she works in the programs department. She graduated with a Bachelor’s Degree in integrated community development (Honors) at Daystar University in Kenya. As a change agent, it has been rewarding to come to know and see the transformation of people in the Chinsapo community. Twande co-founded projects promoting empowerment and self-reliance, such as the women’s program and the girl’s mentorship program. She excels in organizing and planning.

In her leisure time, she enjoys singing and spending time with friends whenever she gets the chance. Twande finds purpose in being part of the community and fostering change. 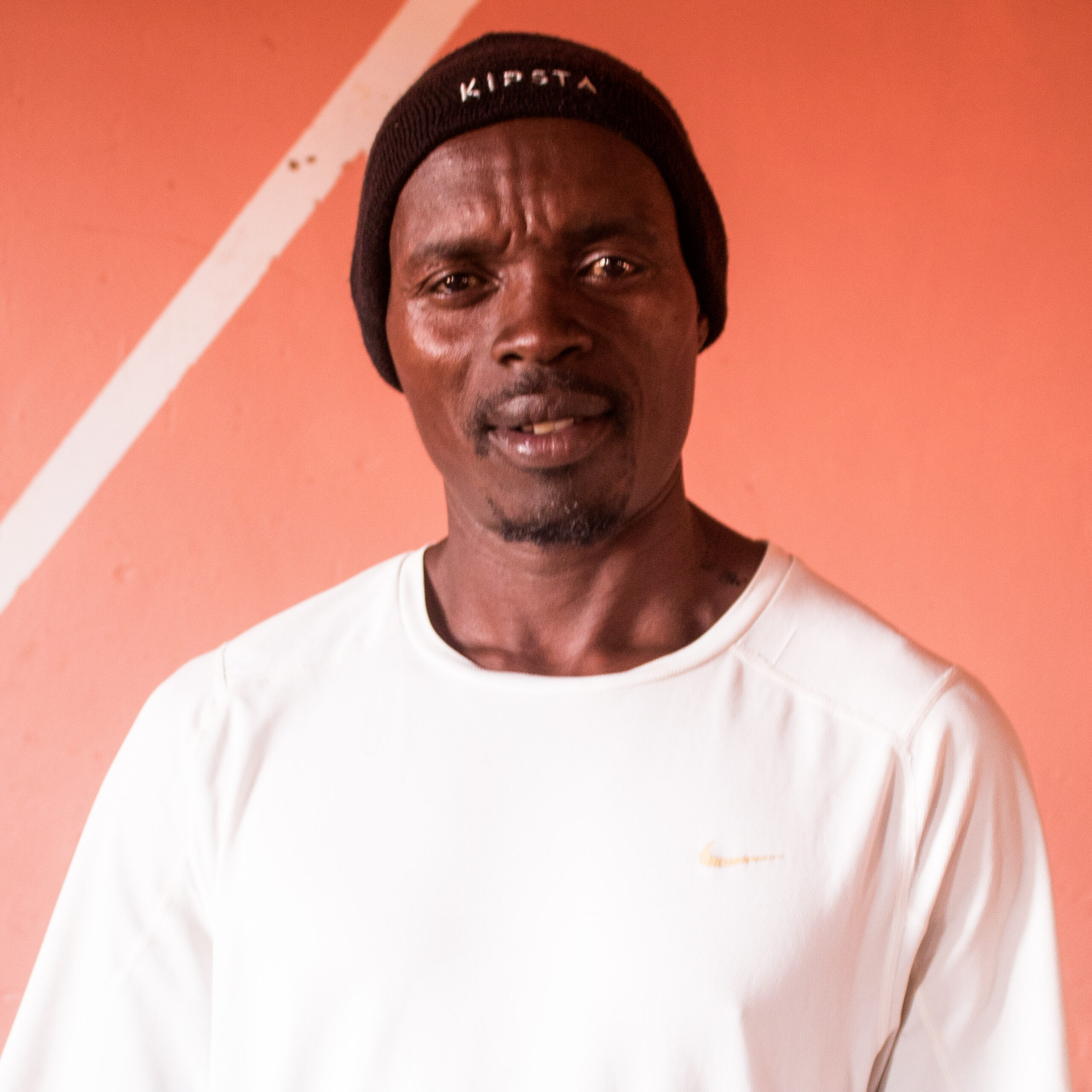 Joseph Malikebu has been the coach for Chisomo Idea since the start of the organization. He joined the Chisomo idea in 2008 because of his love for football. What inspired him to be part of the project is the culture of Chisomo Idea taking care of the people and the community of Chinsapo. He has seen a transformation in his spiritual life to the point that the people that serve and teach the word of God in his community.

The thing that he loves about Chisomo Idea is that by playing football most kids have found their passion for the game and therefore that has prevented them from being involved in crime. There is also a noticeable difference in kids who attend st school and those that don’t in their academic performance. 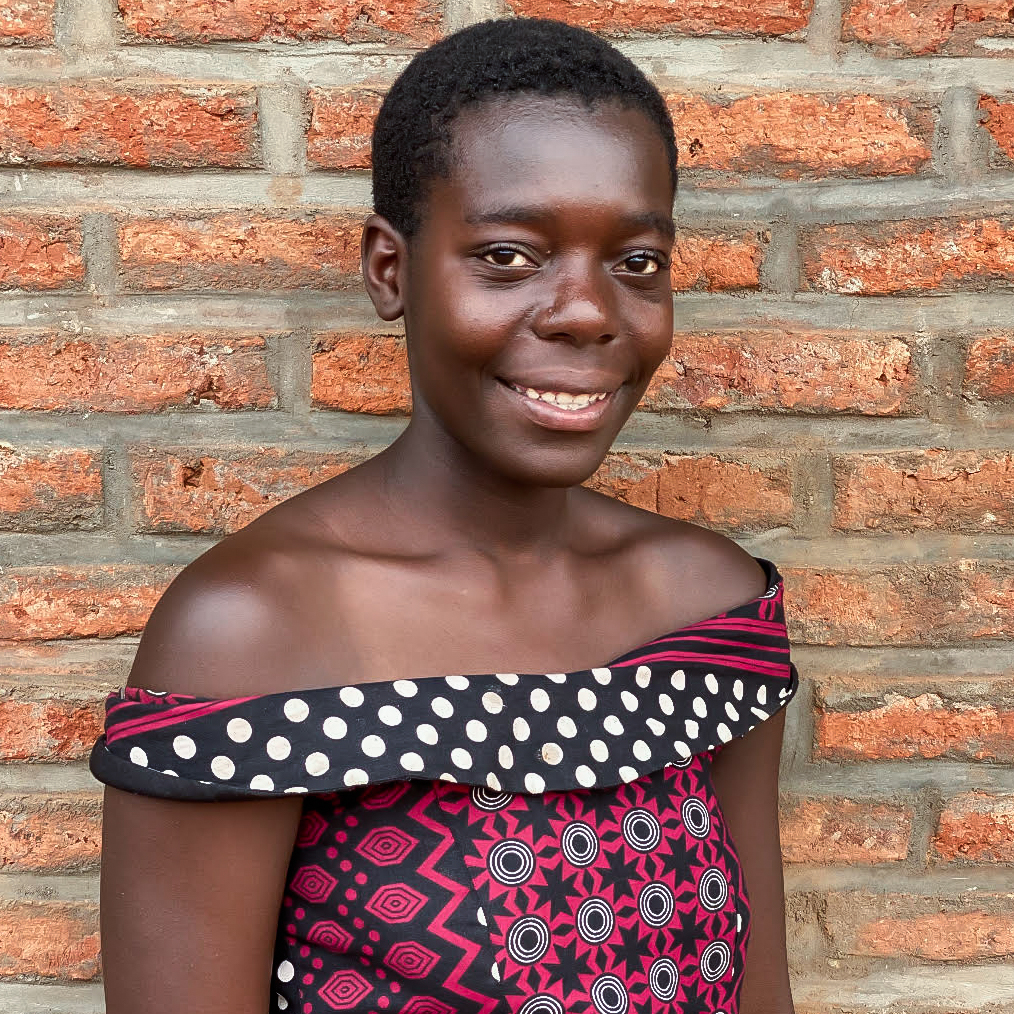 Mary Tembo is a young single mother from the Chinsapo community. In 2018 while attending a girls mentorship program at Chinsapo secondary school, she was introduced to the other programs that Chisomo Idea offers and also started attending street school during the weekends.

Over time as she was part of these programs she got inspired to be part of the team at Chisomo Idea by giving back to her community as a teacher offering free part time lessons. Since joining the organization she feels she has gained more knowledge and has a high self esteem. 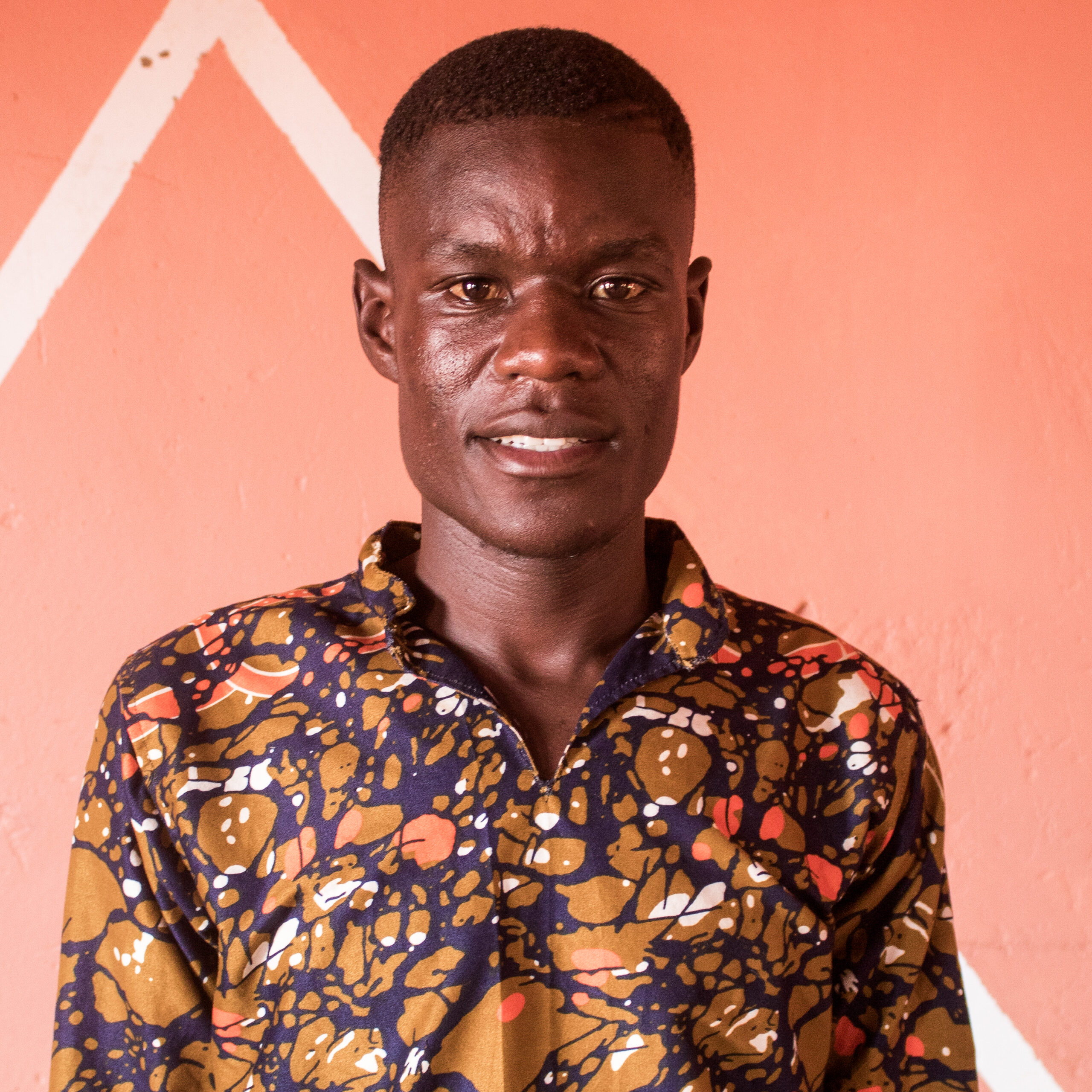 Isaac Pite is a welder and a tailor by profession. Also known as Goso, He joined Chisomo Idea in 2009 as a football player. What inspired him to be part of the organization is his love for football and also being a st school participant made him want to be more involved beyond the classroom. The impact that Chisomo Idea has had on his life is that he has seen a tremendous growth in his spiritual life. 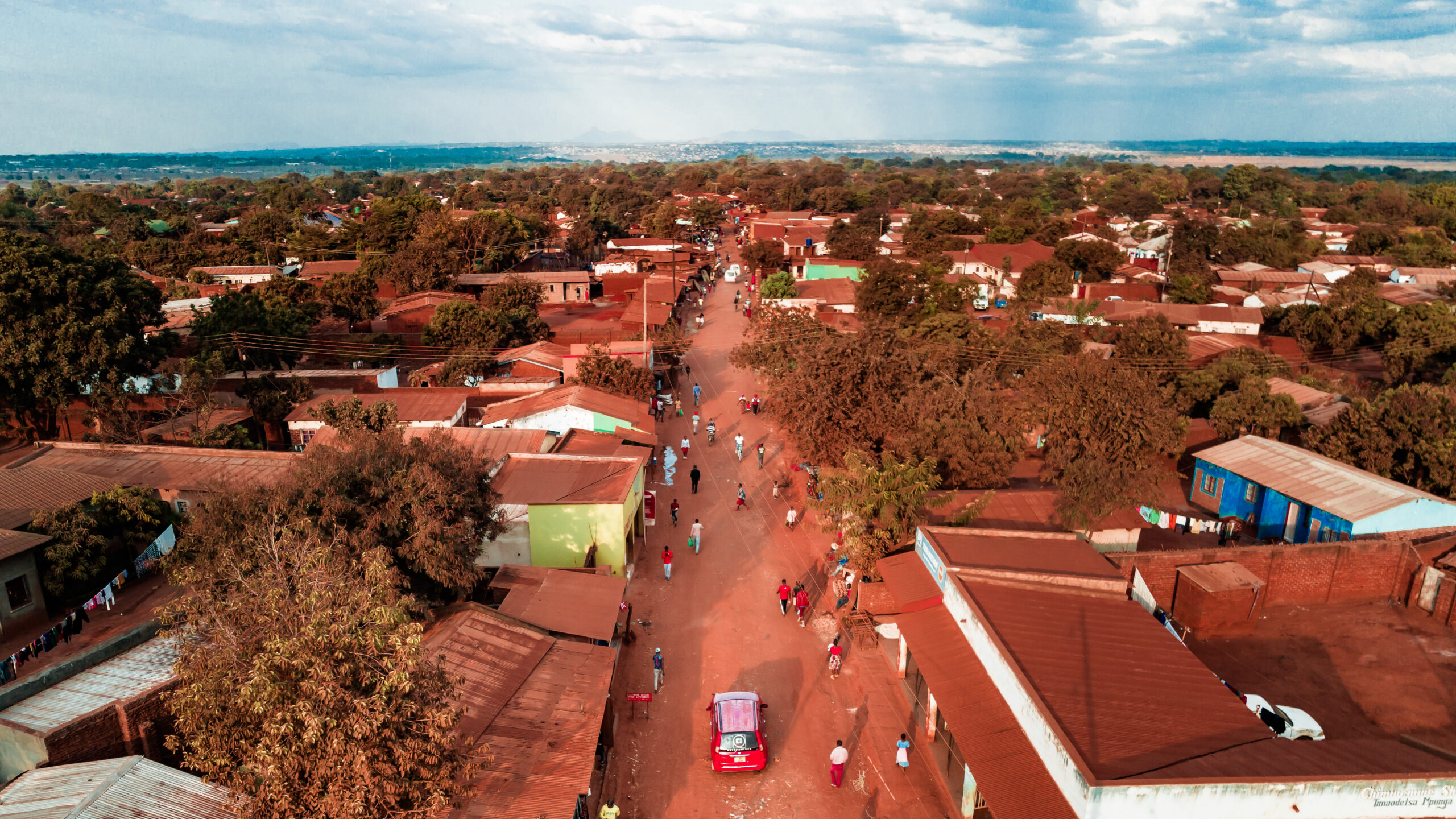 Chisomo Idea was co-founded by a Malawian & American in 2007 during the uniting of two families through marriage. Noel and Melissa Musicha met at San Diego Christian College in 2003 and during their college soccer Europe tour hosting kids camps they were united by a shared vision that was planted in both of their hearts from God.

In 2007, The Chisomo Idea grassroots movement was unleashed during the celebration week of Melissa & Noel’s multi-cultural family wedding in Malawi. They extended their flight after discerning the need to visit Noel’s family roots from Kwanjana village area in Thyolo. They both could not leave Malawi without getting involved with those who had made an impressionable impact on their lives through hospitality. Inspired out of a desire to use their life stories to make an impact combined with their encounter of those in the Warm heart of Africa, a mutual partnership began. The idea was to collectively use resources: talents, gifts, and passions to make a difference within impoverished communities and create opportunities as an expression of God’s grace.

Chisomo Idea is a reflection of God’s Story of grace; fueled by grace. We love the idea that different cultures have different currencies of value; that we need each other. We are made to flourish as the story of God draws us in to define and redefine our dreams in serving others. Our desire is to tangibly express the Kingdom of God by carrying one another’s burdens in love.

Chisomo Idea started with family, family co-founded, and both international extended families launched the foundational building and story of Chisomo Idea. Over in Malawi, Chisomo Idea took off the ground as an African run grass roots movement. Run by inspired Malawians who wanted to make a difference in their communities. George Phiri and Maya Musicha have been the foundational leaders of Chisomo Idea in Malawi for several years as Noel & Melissa live in San Diego connecting Chisomo across seas.

Noel had a dream to use his opportunity of school in the US not for self gain but as a platform to be a voice and create for those who don’t have opportunity or access to what is needed for their families. He never forgot about those who had very little when he was growing up; those he came in contact with everyday. He wanted to inspire individuals to know that their life matters and that our influence can be used for a purpose. He wanted to inspire creative thinking that removes the barriers which keep people from flourishing. He dreamed of highlighting and unleashing the beauty that already exist in Africa.